Everything you need to know about GoldenEye

eSentire is closely monitoring the Petya (AKA GoldenEye) ransomware outbreak currently impacting businesses and critical infrastructure across Europe and the United States. GoldenEye is a particularly nasty strain of Petya ransomware that leverages the bones of Petya, but course-corrects weak spots in the original Petya strain. Like its predecessor, the GoldenEye variant makes the chance of successful decryption without a key is very low. Attackers improved the effectiveness of the malware by leveraging exploits associated with a the tools leaked by the “shadow brokers” earlier this Spring. Early indicators suggest that companies with out-of-date system patches are most susceptible.

Businesses relying solely on antivirus will also face increased risk, as most AV systems will be incapable of detecting GoldenEye - new hashes are likely to emerge quickly, which means that traditional AV will have difficulty keeping up.

Similar to WannaCry, this attack spreads via Microsoft’s SMBv1 vulnerability. When Petya (a known ransomware), is introduced to a compromised machine it leverages a credential extraction mechanism like MimiKatz, a tool used to extract plaintext passwords. Once inside the network, the malware launches an account escalation attack; it steals credentials from the compromised system to facilitate user account hijacking while simultaneously encrypting the entire hard drive. Based on our lab analysis, we have confirmed that the ETERNALBLUE exploit is one of the propagation vectors. There are also indications of other propagation network mechanisms, among them WEbDAv on admin $ shares and possibly WMIC.

Unlike WannaCry, researchers have yet to discover a kill switch, however there is a possible “vaccine” functionality within the malware. Some claim that Petya checks for a read-only file, C:\\Windows\perfc.dat, and if it finds it, encryption will not run. The vaccine mechanism does not remediate the threat or stop the infection though, as the malware will likely use other functionalities in its attempt to spread across an infected organization.

This attack is evolving by the hour and while researchers have yet to definitively pinpoint malware delivery, most cases indicate that phishing, waterhole attacks and/or a weaponized USB may have served as the entry point to impacted organizations.

Since 2016, ransomware attacks have gradually ramped up. Attackers have refined malware delivery, spread mechanisms and even the customer-centric ransom payment process. What’s troubling is that the time between attacks is shortening, and that attacks themselves are becoming more sophisticated. WannaCry shocked the world with its complexity and rapid spread. Its fileless delivery was a successful test of a relatively new technique. The fact that a researcher discovered the WannaCry kill switch was a lucky break. Odds are we won’t be so lucky this time. Unlike WannaCry, Petya/GoldenEye doesn’t appear to have a kill switch. Within a 24-hour period, the attack has crawled westward, paralyzing businesses, utilities, transportation systems and law firms from eastern Europe to the United States. Clearly, this attack is in its infancy. Companies lacking patch rigor and advanced detection and response capabilities will find themselves at greatest risk in the coming days as preventing and blocking GoldenEye requires more than standard AV.

The eSentire threat intelligence team has confirmed one variant associated with this attack, however broadly there are more than 50 different flavors of ransomware variants in the wild. Of those flavors, behaviors prompt the rapid deletion of files and exfiltration of data. Recently we’ve tracked a new variant which works to lock down passwords before encryption, making backup restoration particularly tricky. This attack amplifies the rapid evolution of ransomware; attacks are becoming more widespread, are moving faster, and are harder to kill. While this attack is hitting Europe harder than other countries (at the moment), it is moving quickly and businesses worldwide should treat this as the warning siren. Take this as an opportunity to ensure that offline backups and system patches are up-to-date, and tested.

While you’re at it, consider implementing these preventative measures, too: 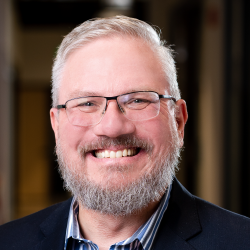