Understanding Modern Ransomware
(and How to Protect Yourself)

A few months ago we posted The SunWalker Incident: Netwalker and SunCrypt Ransomware Double-Double Exploitation, which summarized a very interesting ransomware attack against one of our customers in the educational space.

That post did a good job of illustrating what it takes to safeguard an organization against a modern ransomware attack, but we didn’t provide additional context explaining why ransomware is so prevalent and sophisticated.

“Ransomware” appears with frightening (but well-deserved) frequency in security posts, alerts and articles, but the fact is that the vast majority of people reading those publications probably don’t have an up-to-date or comprehensive understanding of the ransomware economy.

And that’s a problem. We think people and organizations need to understand what they’re up against if they want to have a realistic chance at winning this fight.

So once again, we teamed up with our partner VMware Carbon Black to shine a light into the dark world of cybercrime in Defending Against Modern Ransomware: Lessons from the SunWalker Incident.

We encourage you to read the report to get the full treatment (it uses plenty of plain language to make the subject matter accessible to everyone, without compromising on technical accuracy), but in this post we wanted to reiterate the broader context and drive home just what it takes to hold off an attacker.

Cybercrime is a business, first and foremost. While it may be distasteful to view cybercrime as such, doing so is valuable in understanding the motivations, capabilities and possible future actions of its players.

In our view, successful cybercrime operations are supported by four pillars:

Over the years, a well-structured competitive cybercrime economy has emerged, with many players populating this ecosystem. Operating as a black mirror of legitimate businesses, these organizations have taken on increasingly specialized functions around their core competencies, adopted modern business models, are operationally very advanced and even offer warranties, technical support and other services to entice clients.

The evolution of ransomware

In recent years, a ransomware-as-a-service market (made possible by increased functional specialization and efficient cooperation between different cybercrime providers) has lowered the entry barriers for prospective cybercrime entrepreneurs. This new paradigm promises to create a larger number of ransomware attacks against legitimate organizations.

At the same time, other developments—most notably the pattern of cooperation between ransomware gangs and the widespread adoption of multiple extortion tactics—raise the financial risks of ransomware. These strategies increase the likelihood that a victim will pay (at least one) ransom and cause the average ransom amount paid to soar.

Unfortunately, raising the financial rewards fuels a vicious cycle by better-funding ransomware operations and by attracting still more players into the cybercrime economy.

Plus, competition in cybercrime marketplaces has served as a strong motivator for innovation and efficiency, rewarding ransomware gangs who are very adept at leveraging the information stolen and context gained from one victim to direct and optimize attacks against that victim’s business partners.

Yes, that’s a lot of unwelcome news—but it’s the truth.

Protecting oneself against determined and well-funded attackers is no small feat. As vividly illustrated by the SunWalker incident, the workflow in today’s attacks depends heavily upon a manual, hands-on component in which a threat actor skillfully navigates around defenses, customizing the attack’s tactics, techniques and procedures (TTPs) against each and every organization based upon the victim’s environment and assessed value.

Against such a threat, having the best technological defenses in place is necessary but insufficient—the right technology can give you the capability to detect an attack and put up a fight, but human expertise is the weapon you need to succeed.

In reviewing the SunWalker attack, it’s readily apparent that Managed Detection and Response (MDR) made all the difference.

After more than eight hours, the SunWalker attack was ultimately stopped by a multi-layered defensive posture combining people, processes and technology:

Fortunately for the organization targeted in this attack, they had eSentire and VMware Carbon Black on their side to augment their own people and technologies with specialized cybersecurity expertise. 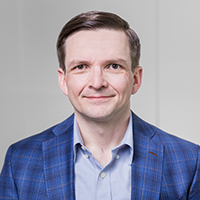 As Vice President of eSentire's Threat Response Unit, Rob McLeod is responsible for leading the full lifecycle of Threat Intelligence, Threat Detection, and Threat Research functions at eSentire, including the development of novel machine learning threat detection capabilities. His mission is to bring innovative, differentiated security capabilities to market to protect and defend organizations to manage risk against business-impacting threats.

Rob is a results-focused leader with a passion for data analytics and more than 15 years of experience overseeing diverse business initiatives to bring technical innovation to the highly competitive cybersecurity and telecommunications marketplace.